What Role Should Big Tech Censorship Play in Business Ethics?

The recent deplatforming of the Parler social network by Amazon Web Services, Facebook, Apple, and Google raised a red flag for many organizations. Whatever one’s opinion on Parler or similar platforms, this high profile instance of big tech censorship brings light to the fact that the largest tech companies in the world hold the power to virtually erase other companies. Websites and mobile apps run the risk of essentially disappearing with the push of a button. Is this a proper role for Big Tech to play in the modern world?

In essence, the Big 4 tech companies – Google, Apple, Facebook, and Amazon – enjoy a monopoly in the areas of the cloud and mobile apps. This control provides significant influence in ensuring organizations follow certain ethical standards. But ultimately, should they be the arbiters of discourse in the modern world?

Let’s take a closer look at this important issue facing many organizations designing a website, building a mobile app, or architecting a social media platform. Leverage these insights on Big Tech censorship to better inform your company’s strategic planning process.

A Closer Look at Big Tech vs. Parler

In the days following the storming of the U.S. Capitol on January 6, AWS deleted Parler from its cloud hosting services; with Apple and Google also removing the Parler app from their respective app stores. The social network was used by many of the insurrectionists involved in the event and the Big Tech firms felt Parler didn’t do enough to police content posted there; essentially violating their service agreements.

While app store removal is an important issue, using an app isn’t required to access social media content. However, AWS booting Parler off its cloud servers – essentially silencing the social media network for a period of time – raises a more critical point when it comes to censorship.

A few cloud providers, like Amazon, Microsoft, and Google, essentially share a monopoly over the market. According to Canalys, AWS has 31% of the market, Azure has 20%, and Google controls 7%. This situation makes leveraging a cloud agnostic approach when designing web applications critical for ultimately ensuring business continuity.

Parler subsequently sued Amazon, but the details of the lawsuit revealed Parler had other options, including hosting its own web servers or offshoring their technical assets – namely the web application and data. Legal analysts noted Amazon had the rights to remove the platform due to Parler’s poor moderation and control of violent postings – against AWS’s terms of service. In fact, Amazon warned them multiple times before January 6. Parler subsequently reemerged online with the help of a Russian cloud provider.

On March 25, the leaders of some of the top technology companies in the country – Google, Facebook, and Twitter – testified before Congress on social media’s role in the January 6 Capitol attack. Various representatives asked pointed questions trying to get the leaders to share some responsibility for the insurrection.

Twitter’s Jack Dorsey felt his site did play a part in spreading misinformation that led to the attack. “Yes,” he responded when asked that question by Pennsylvania representative, Mike Doyle. “But you also have to take into consideration the broader ecosystem. It’s not just about the technological systems that we use,” Dorsey continued.

On the other hand, Facebook’s Mark Zuckerberg and Google’s Sundar Pichai both failed to give a straight answer when asked the same question. However, Zuckerberg did take some culpability. “Certainly there was content on our services. From that perspective, I think there’s further work that we need to do,” he commented.

Section 230 of the 1996 Communications Decency Act protects social media platforms from being sued due to the actions of their users. These platforms generally moderate content they feel lies outside of their terms of service, but remain protected from any legal action. Notably, a few members of Congress threatened to strip these liability protections from the law during the hearing.

Zuckerberg feels Section 230 needs to be updated for the modern Internet age. “I believe that Section 230 would benefit from thoughtful changes to make it work better for people. But identifying a way forward is challenging given the chorus of people arguing — sometimes for contradictory reasons — that the law is doing more harm than good,” he said.

Ultimately, any tech company with online forums or social media platforms needs to stay vigilant when it comes to monitoring and moderating user behavior. Considering the mercurial nature of the U.S. Government, don’t assume any changes to Section 230 are near. However, pay close attention to this issue in the news.

Given this potential regulatory environment, your company needs to follow a cloud agnostic approach for its digital ventures. In fact, in the wake of the Parler deplatforming, many companies reached out to us at NineTwoThree for our insights on contingency planning for migrating from AWS and other large cloud providers, if necessary. As experts in the field, we are here to help your organization plan for any situation. Connect with us at your earliest convenience.

Rent or Own? Developing Custom Business Solutions vs. SaaS

When looking for a solution for your business, most organizations immediately turn to SaaS options as their first resort. However, in many cases, developing an in-house customer solution can be a better choice in terms of cost, customization, and user experience. As an example of renting a SaaS option, let’s take a look at the concept of digital business cards.

With an eye towards crafting a compelling mobile app experience, check out these latest design trends for 2021. It’s essential reading for any forward-looking mobile developer or designer.

How Community Groups Can Safeguard Against Social Media Deplatforming

Any community group – no matter its politics – runs a risk of being deplatformed. This is especially the case for groups building a community focused on a singular social network, most notably Facebook or Twitter. Let’s take a closer look at some of the reasons owning the online presence of your community group makes perfect sense.

Thank you! Your submission has been received!
Oops! Something went wrong while submitting the form.
Headquarters 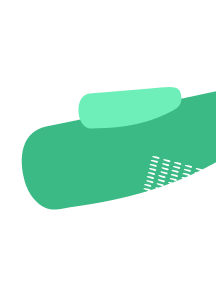 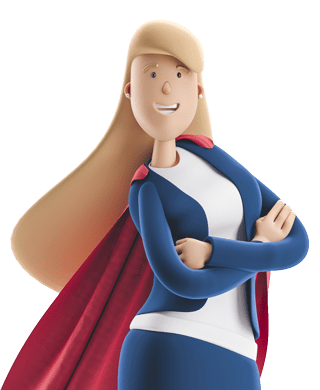